This year has just flown by, and so much has happened that I haven’t had a chance to reflect on much until now. 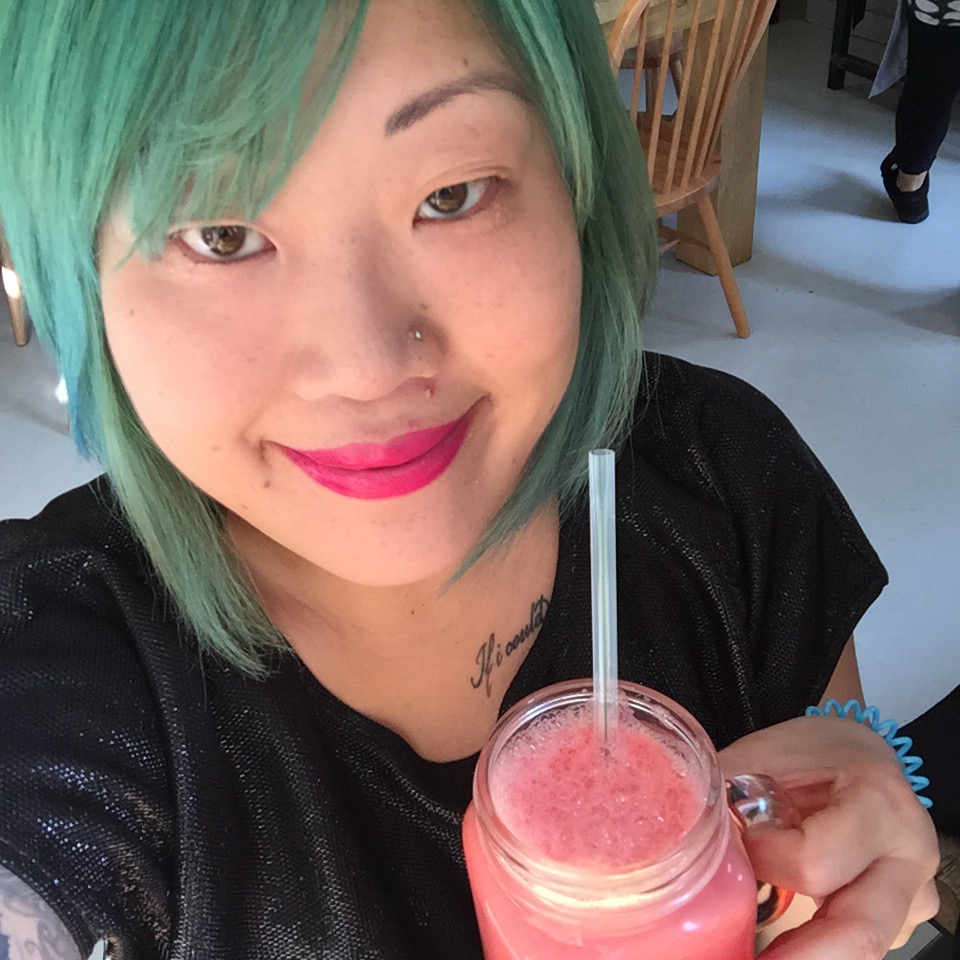 I’m going to come right out and say it: this was a good year for me. I started off 2015 distancing myself from a few people in my group of friends who had treated me pretty badly in the past, and it was such a phenomenal relief that I felt like a huge weight had been lifted off my shoulders. I’ve always felt awkward cutting toxic people out of my life when there are mutual friends involved, because I just don’t want to seem like I’m making folk choose sides. This year I learned that thankfully, the good friends I have are adult enough to make their own decisions, and I am so much happier for it.

This was the year I learned to use Twitter as social media, rather than just somewhere I unleashed 140 characters of my internal monologue into the ether. Did you know, up until around April, I followed maybe 200 people (and Jesus wept for the poor souls who followed me) but almost never interacted with any of them? Good lord! As an aside, I also learned to use snapchat, and so this was the year I took “just the right amount” of boob selfies. Unfortunately the fancy would usually take me when I was having a drink with friends, and I can’t even count the number of times my poor flatmate shouted “stop sexting when you’re hanging out with me!” Whoops.

2015 was the year I realised that *cue shocked look* having awesome female friends is an amazing thing. I’m actually a little embarrassed to admit that earlier this year, I was hanging out with a friend and I said the words “I don’t really have girlfriends, because, you know, drama”. I am SO glad they called me out on that. I have zero interest in some of the alpha male bullshit that’s become evident in some of the dudes I used to hang out with, and I wish I’d seen earlier that by distancing myself from “those other girls” I was perpetuating harmful stereotypes. Sure, I had male friends who used to tell me how great it was I didn’t act like “other girls”, but by this they were implying that acting “like a girl” was somehow shameful. FUCK OFF. I can still get dressed and have my makeup done in under 7 minutes, I will still kick anyone’s butt at Soul Calibur, and i would rather watch Japanese gore-ror than a rom-com. This doesn’t make me any less of a girl, or any less proud of my own gender thankyouverymuch.

This year I embraced feminism, and it was fabulous!

I went to my first rally in years, a #FreeTheNipple march on the Royal Mile in Edinburgh. I worked on my tan. I got my tap aff and my tits oot. I ran into some old friends and made some new ones, and it was a beautiful thing.

I finally figured out what Twitter was for, and found an awesome blogging community of some of the most amazing women. I was such a wee noob, and these lovelies whose tweets I’d been quietly reading (but was too nervous to comment at first) accepted me like it was no big deal. Accepted me like I actually knew what I was talking about, which tbh half the time even I don’t know! It’s honestly because of bloggers like Tara, Suzy, Beth-Eve & Katherine that I have the guts to write, especially some of the super-personal stuff I’ve written for Zusterschap. Did I mention I actually got to actually write contributions (1,2) and pieces (3,4) for blogs I admire to the moon and back? *fans self*

I’m no stranger to, er, meeting strangers off the internet. I met the incomparable Emileigh Clare years ago when I was looking for a beta for a fanfic I was writing, and we hung out in Paris whilst we were both living there. I also joined “Join Me” many moons ago, and took part in organised Random Acts of Kindness (RAoKs). Some of my favourite people are also joinees and this year I discovered quite a few of them just so happen to have awesome blogs (Emily, Siobhan, Claire). Back in August, I randomly met up with a fellow Edinburgh blogger, Emily at FranklyMsShankly, and went through to Glasgow to see FFS. Emily is one of the nicest people you could ever hope to meet, and she’s introduced me to the Edinburgh blogging community. In 3 words or less “there was gin”.

A side effect of all this is now I have an incurable craving to meet all these fabulous people I’ve been chatting to for months, and I just wish we all lived closer to each other. Or that the UK could sort some sort of high speed rail system. Nothing too fancy, but I wouldn’t mind something like the TGV or Eurorail running from Scotland please.